As the release date of the new Assassin’s Creed title is coming closer, we learn more and more details about it. Hardly did anyone expect the new game to be neat and nice, but now its level of violence is confirmed officially. The combat will be severe, just as expected when it comes to an action game set in the Vikings’ era.

We already know that the protagonist is a Viking, attempting to start his own settlement in England during the Norman invasion and that the era selected this time is harsher than ever (though Assassin’s Creed never chose quiet periods to explore). The rating of the game is M (Mature), due to violence and stuff. 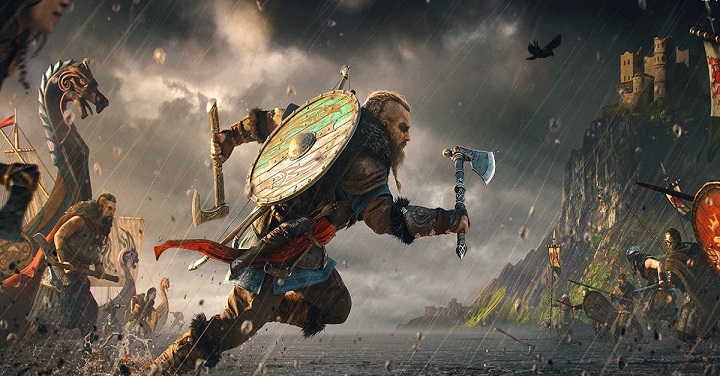 If you have seen the trailers or gameplay videos, you must have noticed that the combat is as bloody as possible. The designers let the player taste the decapitation of an enemy (if your sword or axe is big and sharp enough). Limbs and bones are just as vulnerable, making the game very spectacular and brutal.

There is one more Viking tradition that must be depicted in the game, and it’s about using psychedelic mushrooms. We’re not sure yet that they will provoke the berserk’s battle rage. What these mushrooms will surely do is distort proportions and colors (like alcohol does in many games, from Mass Effect to The Witcher 3). The game allows the character to both eat mushrooms and inhale the fumes. It’s not sure so far whether these types of consumption have the same effects or differ.

As for other adult content, the game will include sexual scenes, including, for example, visiting a brothel with topless women and sexual acts (though not shown explicitly). These will probably be more than just cutscenes: like in real life, sex will affect the characters’ behavior and thus change the entire story with the player’s choice.

Assassin’s Creed: Valhalla is scheduled on November 17. It will hit all three major platforms: Windows 10, PlayStation 4 (and later 5), and Xbox One (and then Series X). The details about the release for the 9gen consoles, though, are not revealed yet.

The rumors had it before the Apple event on September 15 tha...